What are European decision-makers playing at?

We write to voice our deep concerns about the lack of transparency and mismanagement of the ongoing negotiations on the Technical Measures Regulation, especially regarding the specific case of electric fishing. Over the past year, especially during the last few months, members of our coalition have brought to the attention of decision-makers a number of critical issues. To our dismay, these appear to have been completely disregarded in an utterly undemocratic and opaque manner. It is high time European institutions responded effectively to this scandal and implemented a full ban on electric fishing.

On 6 November 2018, we turned to the European Ombudsman to ask for their adjudication on the maladministration of the electric fishing case by the Commission. Their services recently informed us that they had opened an investigation and asked the Commission to swiftly inform us of the status of our complaint on Dutch illegal licences (see the “To go further” section).[1] The development of electric fishing has also been heavily subsidized by European taxpayers — at least 21.5 million euros since 2007 — including for research that was never carried out.[2] Moreover, we showed that public subsidies amounting to 2.7 million euros had been used to develop a prohibited gear: electric otter trawl. Otter trawls are excluded from the current derogation regime, which only applies to beam trawls. This highlights an increasing pressure from industrials to convert other gears to electricity in defiance of the precautionary principle, EU obligations to sustain marine resources and ecosystems, and the livelihoods of small-scale fishers. It also raises questions about the degree to which electricity increases fishing effort and the perverse effects of electric current on the wider ecosystem and food chain. Last but not least, a formal complaint has been lodged with the European Commission about the incursion of pulse trawlers inside UK Natura 2000 sites in breach of the Habitat’s Directive.[3]

Following the decisive vote in the European Parliament’s plenary session on 16 January 2018 in favour of a full prohibition on fishing gears and methods which use electric current, a series of opaque Trilogue and technical meetings have taken place, blatantly undermining this democratic and informed decision. Of particular note was the Trilogue meeting on 4 October, when a legally uncertain and unacceptable compromise on electric fishing was put forward by Council.[4] The ensuing scandal created a tense and ambiguous situation further delaying Trilogue negotiations. Like you, we are keen for negotiations to be completed as soon as possible; any delay only benefitting the Dutch electric trawler fleets, whose activities continue to ravage fishing grounds and fish populations on which many coastal low-impact fishers depend for their livelihoods.

We urge you to respect the democratic process of the European Parliament, and to thus come up with a position that benefits the wider interests of the environment and society, not just a handful of powerful economic interests from a single Member State. To date, none of the positions tabled by Council or by Rapporteur Gabriel Mato[5] addresses the seemingly endless series of scandals that is electric fishing. They all seek to justify the continuation of commercial electric fishing through:

These proposals are simply a fudge, especially in view of the revelations brought to light through our coalition and summarized above. They only serve to perpetuate the illegitimate derogation regime whilst legitimizing the possibility to obtain additional licenses under the guise of scientific research, and as such are unacceptable. To reach a satisfactory solution, it is paramount to respect the democratic decision that was made by the Parliament and to implement a full ban on electric fishing.

Many of those involved in the negotiations on electric fishing assert that banning this fishing method will stymie any potential innovation through research. This is not true. The 5%-exemption regime, allowed in 2006 on an ‘experimental basis’ according to a press release of Council, has, in fact, no legal link with any scientific activities. Scientific fishing should not be managed via exemptions, as proposed by the Commission and Council in the case of this regulation. It is already covered by Article 29 of the Commission’s proposal (COM/2016/134/FINAL) and banning electric fishing will not prevent any scientific research.

In fact, we urge that more attention be given to developing research that is genuinely scientific, with proper and transparent frameworks. This can be achieved by improving the supervision and transparency of research activities through their review, validation and monitoring by independent scientific bodies. We are strongly in favour of innovation to enhance selectivity of fishing gears and to minimize their ecosystem impacts. By contrast, electric trawling is anything but innovative.

With European elections just a few months away, there is an urgent need to set the record straight and to put an end to this deep-rooted and far-reaching scandal. We are putting our trust in European democracy and will keep fighting for the respect of European laws and of the precautionary principle. Given the urgent situation described above, members of our coalition would welcome meeting with you as soon as possible to discuss these questions in detail and to put forward solutions. We look forward to collaborating with you to ensure a swift and successful outcome to the Technical Measures Regulation Trilogue negotiations.

We count on you to ensure that these crucial Trilogue negotiations are conducted in a transparent and open manner, in line with the objectives of the Common Fisheries Policy to ensure that fishing activities “are environmentally sustainable in the long-term and are managed in a way that is consistent with the objectives of achieving economic, social and employment benefits”, as set out in Article 2 of regulation No 1380/2013.

Thank you for your urgent attention on this matter.

Nick Underdown, Head of Communication and Campaigns of Open Seas

Stéphane Pinto, Representative of gillnetters of the “Hauts de France”

Despite being banned in Europe since 1998, the European Commission proposed in 2006, under pressure from the Dutch fishing industry and against scientific advice, to authorize the use of electric current in the North Sea under a derogation regime. The regulation now allows each EU Member State to equip up to 5% of its beam trawl fleet with electrodes. On 2 October 2017, we filed a complaint against the Netherlands to the European Commission to challenge that fact that this country had granted 70 illegal licenses to fishing sector, beyond the 14 licences covered by Regulation (EC) 41/2007 (i.e. 5% of the beam trawl fleet).[1] The European Commission has immediately acknowledged receipt but has since failed to clarify this crucial piece of information. By not fulfilling its role as Guardian of the Treaties, it is complicit in the illegal extension of electric fishing by the Netherlands and is seriously hampering European negotiations on the future of electric fishing.

Unjustifiable commercial activities under the guise of research

On 8 January 2018, we exposed the lies of the Commission, which has continuously supported the development of electric fishing against scientific advice. In fact, the first derogations in 2006 were granted against the explicit advice from the Scientific, Technical and Economic Committee for Fisheries (STECF).[2]

In 2015, the International Council for the Exploration of the Sea (ICES) warned that the expansion of electric fishing was “essentially permitting a commercial fishery under the guise of scientific research”.[3]

In 2018, when summoned by media to provide explanations about the unjustifiably high number of derogations, Dutch Minister Carola Schouten recognized that equipped vessels were not engaged in any research plan: “when it became clear [in 2014] that our scientific research on pulse fishing had not yet begun, the Commission approved a third round of exemptions”.[4] Today, a vast scientific offensive is organized to legitimize this destructive practice and the observed abuses. We repeatedly criticized some studies for their methodologies as well as the many fundamental research questions that are still not addressed.[5] 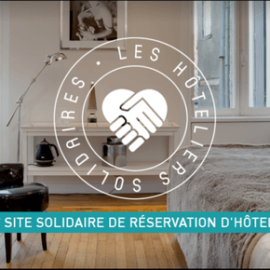 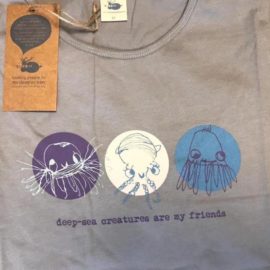 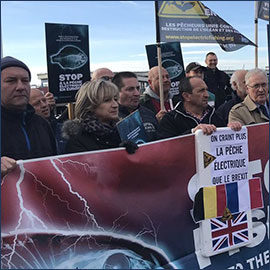 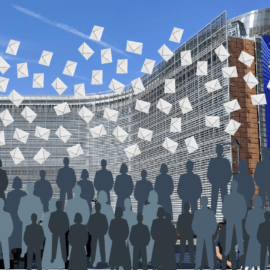